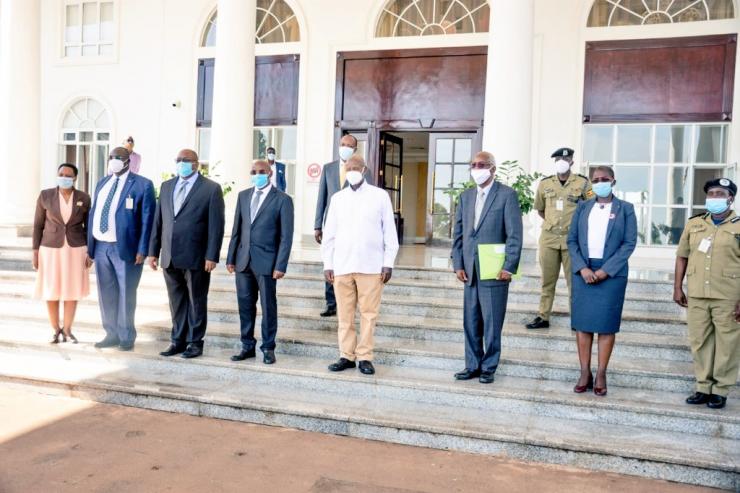 H.E. Kaguta Museveni launched a new anti-corruption campaign to #ExposeTheCorrupt yesterday at the State House in Entebbe. The Financial Intelligence Authority (FIA) will be part of the collaborative effort by the anti-corruption agencies including the Inspectorate of Government (IG), AntiGraft State House Unit, Office of the Auditor General and the Uganda Police to collectively rally the citizenry and media to expose corrupt government officials.

The media, by identifying maladministration among public officials, policy failures, judicial corruption and indignities in business sector ensure civic forum for articulating concerns in government and contributing to building public opinion and in the process, mobilize mass pressure to force corrupt officials out of government.

This process, in relation to media roles, influences the status of corrupt politicians and increases the level of law acquiescence in the country. This social media campaign (#ExposeTheCorrupt) will contribute to generating a climate of transparency within the government circles and the society at large by reducing extortive corruption in both the system and at the individual level through the provision of needed information about corruption by ensuring widespread access to information about corruption in the society.

Social media has been identified as an important weapon in fighting the scourge of corruption in Uganda and thus the launch of this particular campaign #ExposeTheCorrupt. The FIA will join the other anti-corruption agencies in the citizen’s empowerment to expose the corrupt.